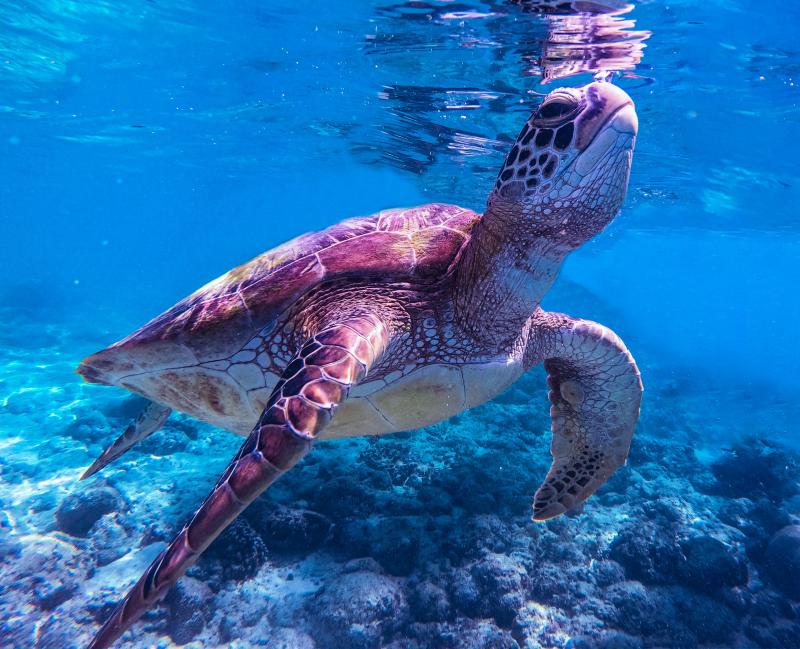 A report released today by the Secretariat of the Pacific Regional Environment Programme (SPREP) is the first step towards assessing the risk of extinction of sea turtles in the region and developing appropriate management plans for their effective conservation.

The Review of the status of sea turtles in the Pacific Ocean 2021 brings together the most recent and relevant literature and knowledge about the reproductive biology, movements and populations of sea turtles and presents these alongside relevant threats to their populations.

“This is the first time that comprehensive data on each of the six species of sea turtles has been compiled in one place and at this scale in the region,” says SPREP Acting Deputy Director General – Technical Programmes, Stuart Chape.

“This is a forward-looking document with the information being collated towards input to a risk extinction model for sea turtles in the Pacific. The model will be used as a predictive tool to identify the most pressing threats and allow the development of management and conservation programmes that will ensure sea turtles continue to play their important ecological roles and continue to be part of local customs and traditions,” says Mr Chape.

The lead scientist for the study, Dr Nicolas Pilcher, says, “There is a wealth of literature on marine turtles, both published and grey. Our challenge was to identify the most recent and most relevant, and extract and synthesise the information that will enhance the usefulness of the extinction risk model.”

Dr Pilcher credited the host of authors and researchers who have developed and own this knowledge and stressed that the report draws on their work. “The ownership and credit for this work is theirs alone, with the report simply bringing it all together in one place,” he says.

Dr Pilcher cautions that the report is not exhaustive and notes that there are areas lacking in information. “For example, while we do have some information on by-catch of sea turtles in the commercial fisheries industry, less is known about levels of use of sea turtles by coastal communities and impacts of small-scale fisheries across the Pacific,” explains Dr Pilcher.

Similarly, little is known of the impacts of climate change on sea turtles and their important habitats across much of the Pacific, and of the status and trends of sea turtle populations at the local levels.

Sea turtles have played a significant role in the customs and traditions of Pacific island communities for thousands of years – and continue to do so to this day – featuring in many myths, legends, songs and traditions. However, sea turtles have been subjected to increasing pressure as customary practices have eroded and their popularity in commercial markets has increased, outside threats such as by-catch in commercial and artisanal fisheries has increased, and climate change threatens important nesting and feeding areas, along with sea turtle reproductive biology.

In parallel with the status review, a series of turtle monitoring and community use surveys are being conducted in Fiji, Tonga and Vanuatu to better understand the impacts on turtle populations of climatic changes and local use of turtles.

The sea turtle review and risk assessment process is an activity of the By-catch and Integrated Ecosystem Management (BIEM) Initiative being implemented by the Secretariat of the Pacific Regional Environment Programme (SPREP) through the 45 million Euro Pacific-European Union Marine Partnership (PEUMP) Programme funded by the European Union and the Government of Sweden.