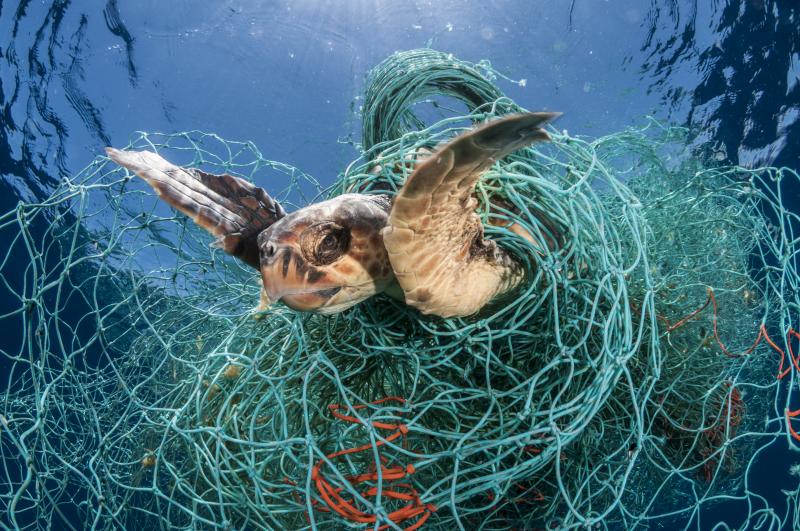 The By-catch and Integrated Ecosystem Management (BIEM) Initiative hosted a one-hour side event on the final day of the 10th Pacific Islands Conference − Nature Conservation and Protected Areas, which was held virtually from 24 to 27 November, 2020. The side event provided an opportunity to update on progress of the turtle extinction risk assessment for the Pacific islands region. Participants also discussed how the results of this assessment could be used to support turtle conservation work at community, national and regional level.

Marine turtles are recognised globally as at risk of extinction however, more specific information is needed on the status of each of the species at risk in the Pacific.

The 2017 IUCN Red List of Threatened Species lists the six marine turtle species found in the Pacific as follows:

To better understand the status of turtles in the Pacific islands region, an assessment of extinction risk for marine turtle species in the region was commissioned by the Secretariat of the Regional Environment Programme (SPREP) through the BIEM Initiative, in May 2020. The extinction risk assessment is considered an essential step toward strengthening support for marine turtle conservation and management in Pacific island nations.

Dr. Nicholas Pilcher, lead scientist on the project, outlined the key steps in carrying out the extinction risk assessment, which includes a comprehensive literature review and gathering of spatial data from satellite tracks, nesting sites, by-catch events and flipper tag returns. He highlighted that there is no shortage of literature and data on turtles in the Pacific. However, the challenge is to collate, distil, assess and understand this data in terms of how different factors (biological traits and the various threats) work together and impact on the viability of a population. Dr. Pilcher also noted that there are other factors to be understood such as the impact of climate and changing temperatures on reproduction.

Job Opu, Marine Biologist and Consultant in Papua New Guinea (PNG), discussed the situation in his country, and highlighted the need for policy, legislation, and support from the government in turtle conservation and management. He discussed that significant awareness raising is done but this does not reach all communities. An assessment conducted by Mr. Opu in 2018, found that large numbers of turtles and their eggs are harvested and sold in PNG. The report estimated that 5,320 turtles were harvested in 2017, including the leatherback turtle, which is fully protected by law. Mr. Opu also discussed other threats to turtle populations, which include habitat loss, such as eroding beaches that make it difficult for turtle to nest on.

A key area needing more understanding is the impact of turtle by-catch from large commercial fishing.

Dr. Simon Nicol, Principal Fisheries Scientist at the Pacific Community, discussed the value of the regional assessment as a framework for fisheries managers to understand the impact of fisheries on a species. He provided information collated through the fisheries observer programme on tuna long liners and purse seiners and noted that education of observers is key to getting accurate and useful information. He added that more information is needed.

“We know the trend, but don’t know the magnitude,” he said, explaining that more strategic methods are needed.

Information on by-catch from large fishing vessels is obtained through logs maintained by fisheries observers on board the vessels. Not all vessels have observers. Dr. Nicol explained that information on the “interaction rate” between purse seine fisheries and turtles is available for only a narrow band of fisheries observer coverage. He discussed that knowing whether an area under observer cover has turtle distribution, will affect how data from that area is interpreted. Knowledge on turtle distribution in purse seine fishing grounds could be used to help better interpret data from observers.

Donald Aromalo from Wan Smolbag in Vanuatu discussed the Vanuatu Turtle Monitor programme, which started in 1995 and has grown from strength to strength in efforts to promote community conservation of turtles and monitoring efforts.

“These community monitors are now being trained as fisheries authorised officers, which will help them deal with illegal activities,” he said.

Mr. Aromalo stressed the need to raise awareness and involve and engage communities from the start, including in research or scientific studies, to gather vital population data and strengthen conservation efforts.

Veira Talilotu, Principal Conservation Officer at the Ministry of Environment, Climate Change, Disaster Management and Meteorology (MECDM), Solomon Islands, observed that the extinction risk assessment would assist his government in developing policies and reviewing legislation. Mr. Talilotu also noted that many turtle nesting sites are customary owned sites and explained that in addition to ongoing engagement with these communities, legislative support would be needed to assist with local level conservation.

Discussion highlighted the need to identify and invest in strategies to encourage community buy-in and strengthen government leadership and enforcement of policies and legislation.

A full recording of the one-hour side event is available here: https://pacificislands.hubilo.com/community/#/session-stream/28054 .