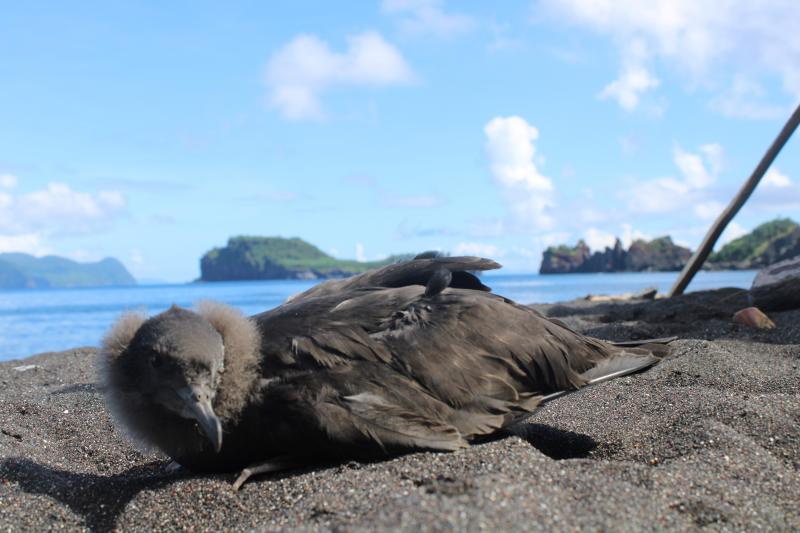 “Vanuatu is blessed with a diverse and productive marine environment, and our marine species, such as fish, turtles and seabirds are part of our cultural heritage,” said Esline Garaebiti, Director General, Ministry of Climate Change, Meteorology and Geo-hazard, Environment, Energy and Disaster Management at the launch of a new initiative to protect our marine species.

The By-catch and Integrated Ecosystem Management (BIEM) Initiative aims to promote the sustainable use of coastal and marine biodiversity and climate change resilience in Vanuatu. The BIEM Initiative is being implemented by the Secretariat of the Pacific Regional Environment Programme (SPREP) as part of the Pacific-European Union Marine Partnership (PEUMP) programme, in cooperation with the Government of Vanuatu, non-government organisations and the University of the South Pacific.

It is overseen by an inter-Departmental BIEM Initiative Steering Committee.

A key BIEM activity in Vanuatu is to complete a review of the current state of marine turtle management and conservation.  This includes monitoring the state of turtle nesting habitat.

“Vanuatu is home to five species of marine turtle and three of these are listed as critically endangered,” Director General Garaebiti explained. “Many communities across Vanuatu have consumed turtles for food in the past and they appear in many of our kastom stories. It is our job to make sure that we strengthen management activities to promote the recovery of the Pacific’s turtle populations.”

Another BIEM activity aims to improve uptake of by-catch mitigation measures among the Pacific’s long-line fleet. Although an important economic activity, the long-line fleet does catch and kill non-commercial species such as sharks, turtles, dolphins and even seabirds, which are attracted to the baited hooks on the long-lines.

“We need to acknowledge that it is not just the commercial fishing fleet which is putting pressure on our marine species. Communities across Vanuatu also need to build their awareness on protected marine species, so that they know not to catch these, and better understand our fisheries legislation and regulations,” said Mr. William Naviti, Director of Vanuatu Fisheries Department. “This will be another of the BIEM Initiative project activities within Vanuatu.”

“I am pleased to see the issues being addressed through a holistic and multi-sectoral approach. I am also pleased that the BIEM Initiative will work with, and increase the capacity of women, men and youth in coastal communities, Government authorities and non-government organisations. No matter if you are a man or a woman or a youth, we all have a role to protect and manage our marine environment,” Mr. Naviti added.

The BIEM Initiative will also assist with the management of one of the country’s main seabird colonies, the wedge-tailed shearwater (Ardenna pacifica) or Koroliko colony in the Shepherds Islands group.

Researchers will study the wedge-tailed shearwater bird colony to understand the size of the bird population, and community use and harvesting of this migratory seabird.

“These birds play an important role in Vanuatu’s island and marine ecosystems as well as being an important source of food and income for coastal communities,” said Mr. Kalo Pakoa, the BIEM Initiative Coordinator in Vanuatu. “Through the BIEM Initiative we are working with local communities, NGOs and Government to sustainably manage the many nationally and internationally important species that occur here and the habitats they rely on for the benefit of current and future generations.”

Collectively, these activities will help to identify gaps in current management and conservation practices and will contribute towards the review of the country’s National Plan of Action on Turtles, Sharks and Seabirds.

“These reviews are important to align management strategies of these threatened species and to ensure consistency with regional and international fisheries management frameworks on the reduction of sea turtles, sharks and seabird by-catch in the fisheries sector,” added Mr. William Naviti, Director of the Vanuatu Fisheries Department.