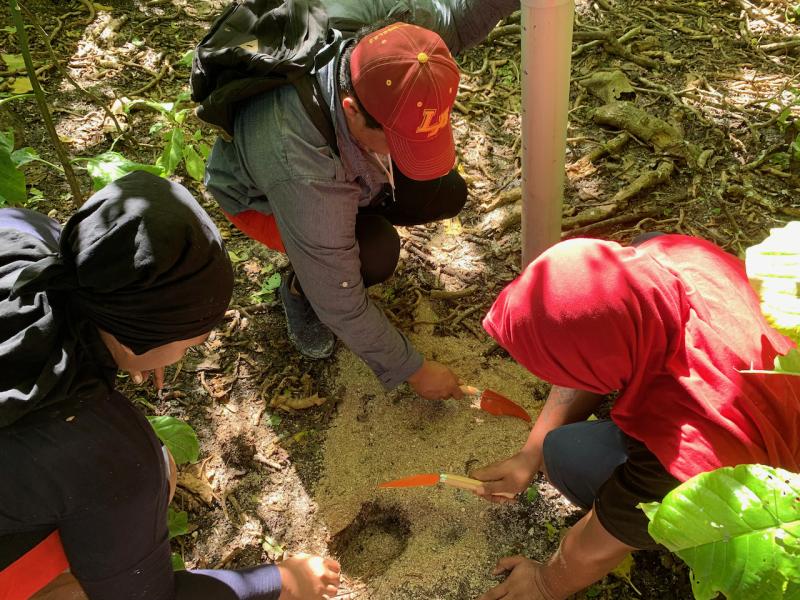 Beaches are an ecological wonder, home to a wide variety of species that live within the beach or migrate to the beach as part of their life cycle. Yet beaches are facing increasing change and environmental impacts from human use, erosion, land development and climate change. These impacts are not only on the habitat but also the myriad of land, coastal and marine species that play a vital role in beach ecosystems; and for those species, beaches may be getting too hot!

So how are beaches getting too hot? The short answer is climate change, as is the case in too many circumstances! Increasing levels of carbon dioxide and other greenhouse gases in the atmosphere as a result of human activities is contributing to global warming. As a result sea and land temperatures are rising with critical impacts on many species.

Marine turtles are among many animals that rely on beaches for part of their life cycle and ongoing survival of the species. Female turtles migrate back to the beaches within the area that they were born in, sometimes travelling hundreds, or even thousands, of kilometres to reach it. Here in Tonga, our nesting species are primarily green turtles (Chelonia mydas) and hawksbill turtles (Eretmochelys imbricata), which migrate through Samoa and Fiji as part of their life cycle.

When a female turtle has reached sexual maturity (Greens 20−50 years, Hawkbill 3−5years) and mated with a male, the migration to the beach begins and the need to dig a nest in the beach sands and/or shoreline vegetation above the high tide level. Green turtles are immensely strong − an adult female can weigh between 68 and 190kg1 − and drag her heavy body up onto the beach, often over high sand banks that change with the waves and current movements. If the location chosen is not suitable, the female turtle will try elsewhere until nesting is successful and the eggs are laid deep within the sands.

Wouldn't turtle eggs want warm sand to incubate? Yes, but while warm sands are a natural occurrence in the tropical islands the gender of hatching turtles is dependent on specific temperatures for incubation. For the eggs to hatch as male, the sand temperature is optimally <27.7℃/81.6℉ and for female turtles optimally >31℃/87.8℉. Temperatures in between these two optimal numbers will produce a mix of male and female babies2. If the sands get too hot then turtle populations may be dominated by females and if this becomes widespread it will threaten the long term sustainability of an already threatened and endangered species because there will not be enough males to sustain reproduction of the species.

The turtle beach and nesting field research activities in Tonga are supported by the Secretariat of the Regional Environmental Programme (SPREP) through the By-catch and Integrated Ecosystem Management (BIEM) Initiative, which is a component of the Pacific-European Union Marine Partnership (PEUMP) programme funded by the European Union and the Government of Sweden.

Activities undertaken in Tonga are in partnership with the Department of Environment (MEIDECC) and Ministry of Fisheries. The research being undertaken in Tonga is part of a regional study that SPREP has commissioned on assessing turtle extinction risk in the South Pacific. The data collected on sand temperatures at turtle nesting beaches will also inform the World Wide Fund for Nature’s ‘Turtle Cooling Project’, an Asia-Pacific wide assessment of the impact of climate change on marine turtles.