A glimpse into the lagoon’s inner workings

From the amazing journey of mullet, the giant clams’ team spirit, the size limits as a golden rule, the smart mesh for nets, or the privacy needed by groupers during their breeding season, the five animated videos in the first season of the Fisher’s Tales series give audiences a glimpse into the lagoon’s inner workings. These two-minute videos revealed the characteristics of several species’ groups, while highlighting sustainable practices to ensure that fishing can continue for a long time to come.

The first season was promoted during a tailored and online campaign on Facebook between October and November 2021, with an average reach per video of 190 000 people, a total estimated reach of 950 000 people, and 56 000 interactions. 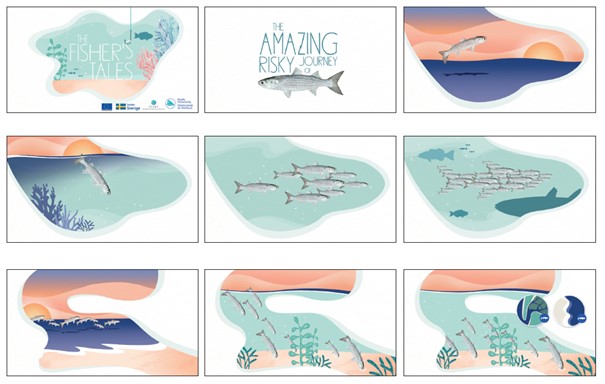 Extract of a story board of one of the episodes of the season 1 of Fisher’s tales (The amazing risky journey of mullets).

Targeted awareness events and Local is always the best

In order to maximize the reach, the videos, either in English or local languages, were also broadcasted on TV in the region and used for targeted awareness activities, including in Fiji during the World Ocean Days celebrations, and in Vanuatu during the Maewo Island Forum.

As highlighted by Ajay Arudere, senior fisheries management and policy Officer at Vanuatu Fisheries Department: “The Fisher‘s Tales were translated into vernacular languages thanks to a collaboration with SPC. The videos were played on screen during the Maewo Island Business Forum, which is a platform to strengthen and clarify governance. The whole island asked to repeat playing the films over and over. For targeted awareness activities, I see that the use of short films in vernacular language is very effective. After displaying the videos, some communities on Maewo, especially the Naone village, have put a ban on harvesting the Blue parrotfish. This is still in place.”

In 2021, season 2 was produced in collaboration with many partners, including the Locally-Managed Marine Areas (LMMA) network. The main messages are here focused on the roles and benefits of rules, such as size limits in fisheries, the protection of coral reefs, mesh size restrictions, seasonal ban on fishing during breeding seasons. The videos will be promoted through several channels and adapted in local languages up on requests, including in Tuvalu which took part in the production of the script.

“I am delighted to be part of this project. With the season 2 being finalized, we plan to set up awareness activities at schools. Those videos are great for our targeted audience to understand and picked the important messages we are trying to impart to them.” explains Matelina Stuart, fisheries librarian and public relation Officer at the Tuvaluan Fisheries Department. 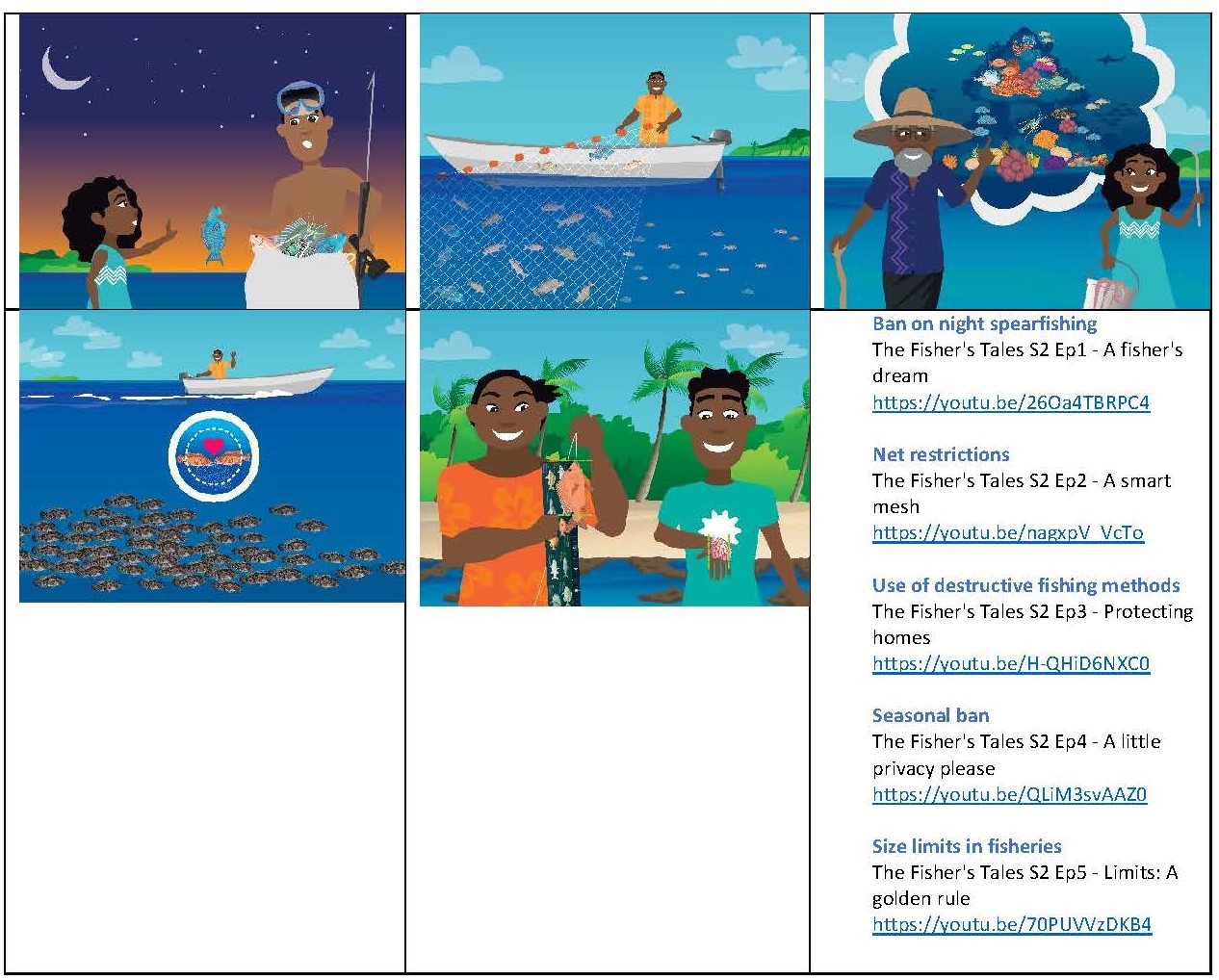 Synergies
The Fisher’s Tales series have been developed in collaboration with New-Zealand-funded Effective Coastal Fisheries Management Project. Synergies have also been developed with the European Union-funded PROTEGE project (Pacific Territories Regional Project for Sustainable Ecosystem Management) in order to produce and promote the French and Wallisian versions of the videos on TV, during awareness activities with fishers and during the International Underwater Film Festival. For Sylvain Charrière, President of the Festival, “These extremely well-made short films provide a clear and suitable message for people of all ages. It uses humour to let us discover often poorly known aspects of certain key species and, in the end, understand that every one of our actions may have a much greater impact that we imagine.”

The Fisher’s Tales: Season 1 and Season 2 are available via this You Tube playlist. (https://www.youtube.com/playlist?list=PLCq-WnF3Hdrgsc2rknxQCus1yFoAysEou)