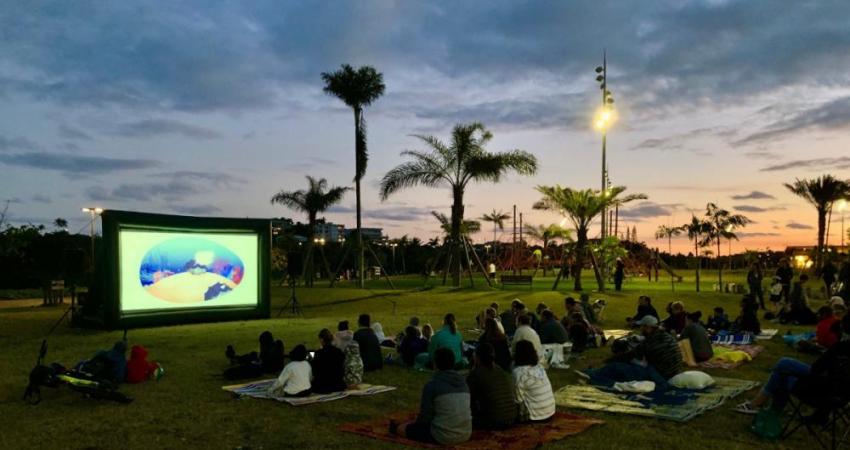 For its first participation in New Caledonia’s International Underwater Film and Photo Festival, the Pacific Community (SPC) held short-video screenings for the many schoolchildren, people living with disabilities, and members of the general public who attended this very special event. The goal was to raise awareness about good fishing practices among the young and not-so-young.

From the amazing journey of mullet, the giant clams’ team spirit, the love story of groupers, the forgotten architects of the reef, to the very particular role sea cucumbers play, five animated videos gave audiences a glimpse into the lagoon’s inner workings. These two-minute videos revealed the characteristics of each species group, while highlighting a few good practices to ensure that fishing can continue for a long time to come.

From 24 to 30 August 2020, more than 1500 festival participants discovered “The Fisher’s Tale” series during daily school activities at the Noumea Town Hall and before each festival short-film screenings either at the Rex Cinema or outdoors.

“The video we saw explained the parrotfish’s role in the ocean with a strong message about how vulnerable it is at night,” explained Christian Garat, a teacher from Jules Garnier High School. “Our students are aware of sustainable development issues, so we thought it would be worthwhile seeing an aspect other than just the purely technological side of their studies, especially as many of our students are fishers or have fishers in their families,” he added.

“This video was particularly interesting from an educational point of view. It taught us the role parrotfish play in the beautiful beaches in New Caledonia, but also as fishers, why we should not go spearfishing at night,” explained Cyrill Merino, a casual fisher as well as being a teacher at Jules Garnier High School.

For Sylvain Charrière, President of the Sublimage association, “These extremely well-made short films are right in line with one of the Festival’s goals, i.e. to make as many people as possible aware of the sustainable development of our marine resources. The message is clear and suitable for people of all ages. It uses humour to let us discover often poorly known aspects of certain key species and, in the end, understand that every one of our actions may have a much greater impact that we imagine. I hope we will have the opportunity to screen similar videos in the years to come.”

Beyond the shores of New Caledonia, this video series has also been adapted and translated into several Pacific languages, in particular for Tonga, Kiribati and Tuvalu. The Wallisian and Futuna versions, recorded using the voices of local fishers, will be shown throughout Fishing Month in November 2020, which is being organised by the Wallis and Futuna Department of Agriculture, Forestry and Fisheries via the PROTEGE (“Pacific Territories Regional Project for Sustainable Ecosystem Management” or “protect” in French) project.

This video series was produced by SPC as part of the Pacific-European Union Marine Partnership (PEUMP) and PROTEGE, with funding from the European Union and the Government of Sweden.

Useful link:
Access to the “The Fisher’s Tales” series playlist»